The Story Behind Erix Tool AB

It all began with the Swedish shipping industry

During the 1950s and 1960s, shipbuilding on the west coast of Sweden was a booming industry. And Eriksbergs Mekaniska Verkstads AB, which had opened its first wharf in 1871, was by now the most profitable shipyard in the country.

Everyone wanted one of the prestigious jobs at ‘Torpet’ as it was colloquially known. Among them was Ture Johansson.

Struggling to keep up with growing volumes and in an attempt to cut costs and staff workloads, Eriksberg employed Ture Johansson as an ‘innovator’. A common job title in today’s cutting-edge world, but in the early 1970s Eriksberg was way ahead of its time.

He was a bit of a character, Ture, often seen strolling about aimlessly with his pipe clamped firmly into the corner of his mouth. Deep in thought and utterly preoccupied by his seemingly infinite visions and ideas for ways to streamline the vast shipbuilding operation, he would frequently ask his somewhat perplexed colleagues if he’d had his morning coffee. And all that contemplation was not wasted – Ture Johansson went on to invent, patent and begin manufacturing our back spotfacer in 1972.

By that time, however, things were not going well for Eriksberg. Increased competition from Japan and a growing economic crisis meant that, by 1977, more than 5,000 people had lost their jobs. Among them was Eriksberg’s CEO Per Alsén who, a short time later, formed our company – Erix Tool AB.

Over the past 40 years, Erix Tool has grown into a thriving business supplying precision-engineered tools to some of the world’s most innovative and demanding clients, from multinational aerospace corporations and military units, to global automotive and industrial equipment manufacturers.

We are very proud of our heritage, of being the OEM of the ErixTool – easily recognisable by its MADE IN SWEDEN stamp – and of being a privately-owned company for so many years. And we continue to lead the way in the world of automatic back spotfacing, chamfering, deburring and counterboring. 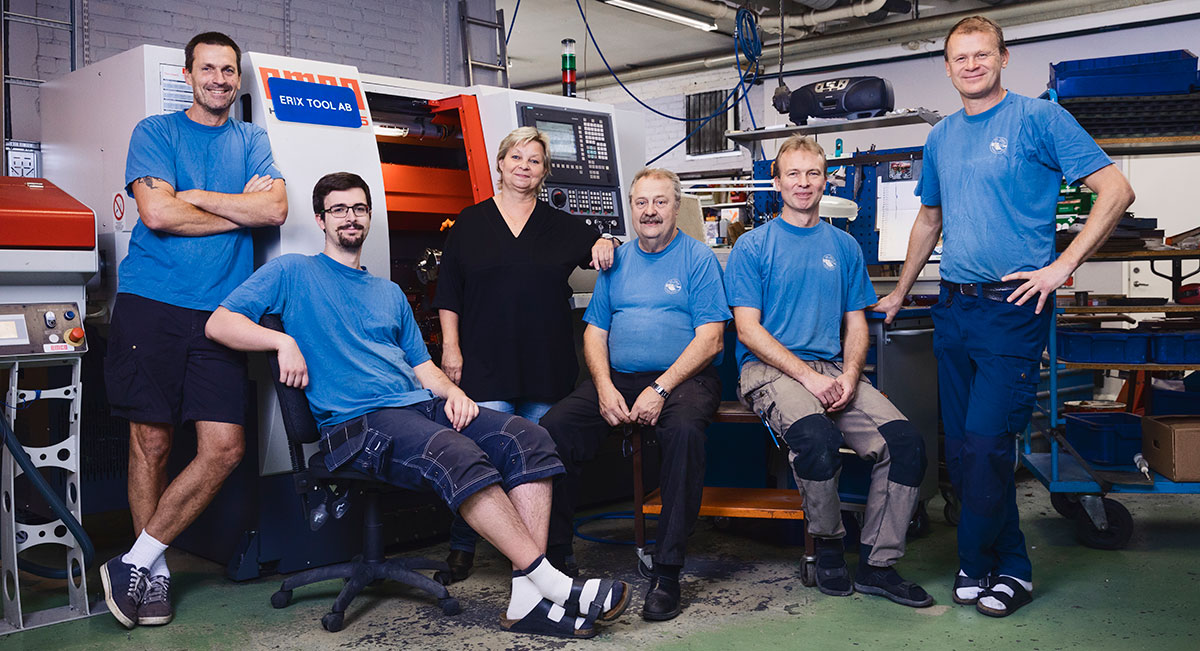